Free and open-source software for creating and editing images 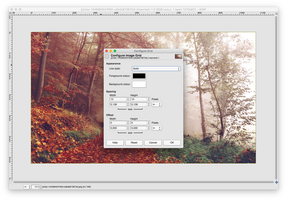 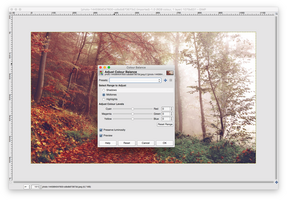 Advertisement
For several years now, GIMP (GNU Image Manipulation Program) has been one of the best free alternatives to commercial image editors like Photoshop and Corel Draw. It's a free and open-source multiplatform app that lets you do almost the same things you would do on a paid software.

You can use GIMP to edit images and to create new ones. It has a brush, pencil, clone stamp, and an airbrush, among other tools. The features in GIMP are almost identical to those of any other image editor: layers, alpha channels, history, selection tools, transformation, masks, blurring, etc. You can also use GIMP to convert an image format, process files by the batch, create vector images, and edit animated graphics. These features can be extended with different plugins (there are more than a hundred).

GIMP can work with almost every current image format, such as BMP, GIF, JPEG, MNG, PCX, PNG, PSD, PS, PDF, TIFF, TGA, SVG, and XPM. Its segmented interface can be particularly useful, since it lets you change the layout of the windows at all times, adjusting them to your preference. You can also just use the default system, similar to that of Adobe.
Reviewed by Álvaro Toledo
Advertisement

Frequent crashes on Mac OS Mojave. n Worse, if it crashes at the end of saving the file menu, the backup files will be permanently deleted from the GIMP backup directory / Users /% user_name% / Librar...

Photoshop is not required to perform most of the basic operations, so Gimp is an excellent alternative to this program. It is also free so you do not have to worry about licenses or patches, cracks or...